Press release: We Have Never Been Neoliberal

How to understand the financial crisis and stop the top 1% all at the same time.  This book critiques the view that neoliberal theories and ideas caused the ongoing financial crisis.


Publishing 27th February 2015 on Zero Books (imprint of John Hunt Publishing Ltd), We Have Never Been Neoliberal by Kean Birch. 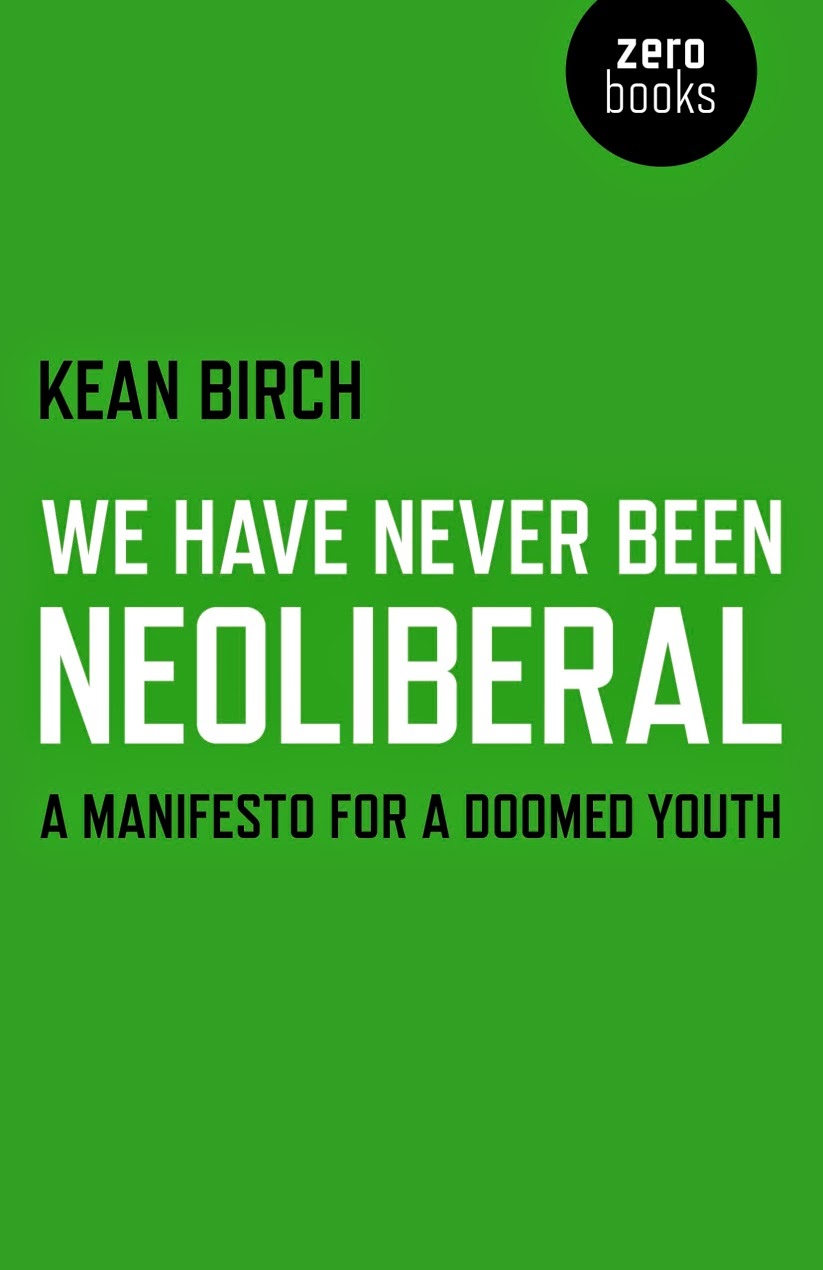 A number of people have claimed that the ongoing financial crisis has revealed the problems with neoliberal thought and neoliberal policies in the 'Atlantic Heartland'. However, if we look at the history of the 'Heartland' economies then it becomes evident that they were never neoliberal in the first place - that is, the economic policies and discourses in these countries did not follow neoliberal prescriptions. We Have Never Been Neoliberal explores this divergence between neoliberal theory and 'neoliberal' practice by focusing on the underlying contradictions in monetarism, private monopolies, and financialization. The book finishes by proposing a 'manifesto for a doomed youth' in which it argues that younger generations should refuse to pay interest on anything in order to avoid the trap of debt-driven living.

Kean Birch argues that today’s economy is not organized around the free markets of neoliberal fantasy but through a financialized system of corporate monopoly – a system neoliberals actually promoted in contradiction to their stated commitments to free markets. Along the way, he provides accessible introductions to the history of neoliberal thought, monetarism, the causes and consequences of ballooning public debt, the growth of internationally mobile capital, the relations between asset values and corporate governance, and the dire straits of individuals in our current debt economy. His conclusions suggest ways of making our economies more just and equitable that deserve careful attention from both scholars and activists.
Joshua Barkan, Department of Geography, University of Georgia, USA

Kean Birch has a written a fresh and fascinating account of the relationships between neoliberalism, economic power and crises. Cutting incisively through the accepted, but largely mistaken, nostrums surrounding neoliberal rhetoric and reality, his book makes a valuable contribution to understanding the continuing grip of a corporate elite on the global economy and the devastating consequences that flow from it.
Andrew Cumbers, Professor of Political Economy, Adam Smith Business School, University of Glasgow, UK

Kean Birch recently left the UK to take up an academic post at York University in Toronto. He is particularly interested in a range of areas relating to political-economic change, transformation and restructuring.

Would you consider reviewing We Have Never Been Neoliberal? Please reply to ask for your review copy, we prefer to send PDF as it is immediate.  Please also contact for articles, excerpts and interviews.